Why Is Litter Bad? - The Causes & Prevention

Anything that ends up outside of a container or landfill is considered litter. Garbage is not usually placed in garbage cans. You could come across beverage cans, candy wrappers, and cigarette butts while walking on a sidewalk: local, state, national parks, and parking lots.

So, why is litter bad? The trash left lying about not only detracts from the beauty of the city and rural areas but harms people, animals, and the environment. Animals and people are equally harmed by littering. Many different kinds of trash take years if ever, to decompose. In a landfill, aluminum cans might persist for more than a century.

Littering: Why Do People Do It?

As we all know, litter is trash carelessly thrown away in public areas. Each of us has stepped on garbage, averted a stray plastic bag ready to fly through the air, and tripped over coffee cups left on the pavement. We've all dumped garbage at least once or twice, whether we like to acknowledge it or not.

People often litter because there isn't a garbage can close by. According to Garbagefix, individuals choose to leave garbage behind rather than having to take it away with them awkwardly.

Littering And Its Effects

There are several ways that trash endangered animals. Animals may get their heads caught in containers with a food-like odor. They risk starvation or suffocation if they can't remove the container from their head.

Cuts caused by broken glass run the risk of becoming infected. Additionally, animals may get entangled in thread or netting and be trapped inside plastic bags or six-pack rings.

Wildlife is also at risk from litter beside highways. If food crumbs are thrown out of a car window, birds or other animals could be looking for food near the road and get hit by a car.

They consume rubbish and may also experience severe disease or perhaps die away. When looking for food, household garbage, cleansers, plastic, and latex may poison animals or make them ill.

The Price of Cleaning Up

The expense of cleaning up after littering is one of the main issues. Street sweeping programs are common in communities to maintain roadways clean and prevent the garbage from clogging storm water drains.

Human safety is also negatively impacted by litter. Discarded plastic waste in the seas may harm human health, hamper commercial and recreational fishing, and decrease tourism. The transmission of diseases and infections is a major problem with medical waste, such as used hypodermic needles.

Littering may also harm the environment by contaminating habitats and posing a fire risk. More than one-third of the current litter is made up of tobacco products.

A forest fire may start if a lighted cigarette is spilled on the ground. In addition, cigarettes contain harmful substances, including cadmium, lead, and arsenic, that may damage the environment.

Litter contaminates plant and animal habitats when it enters the environment. In addition to metals and harmful water leaching into groundwater sources, chemicals from litter may harm the soil.

Thousand of particles of plastic garbage are present in the water. As currents move the plastic, it may pick up harmful environmental substances and carry them to other areas.

Plastics often include additives that lengthen their useful lives to make them stronger and more flexible. Plastic degrades into tiny fragments known as microplastics when exposed to ultraviolet light and the elements.

These fragments, discovered in more than 100 aquatic species, are subsequently consumed by fish, whales, and seabirds.

Strict litter rules guarantee that no trash is dumped, hurled, or dropped in open or private spaces. These regulations aim to make unlawful dumping and littering illegal. The legislation must also state that dumping is a severe violation that carries a prison sentence and monetary penalties.

By enacting laws that penalize offenders with fines, incarceration, and community service, several municipal governments across the world have significantly reduced the issue of littering.

Programs to "keep the environment neat" and neighborhood cleanups may be enjoyable and effective in spreading the word. The campaigns can include newsletters, social media sites, and bulletin boards to disseminate the message further.

Campaigns talk a lot and provide pertinent information about the consequences of littering to the environment, ultimately addressing some of the bigger issues. More than half of smokers who support this campaign indicate that they will work to change their habits if they know how it affects the environment.

An original technique to discourage trash is to put up signs. The signs need to be put up in places notorious for trash and prone to it, such as the streets near transit hubs.

"Stop littering" signs should be placed along routes frequently used by commuters and pedestrians to act as a continual reminder to litter responsibly.

The appropriate municipal authorities must take the necessary steps to guarantee that additional trash cans are erected in diverse locations for efficient trash disposal. Installing enough trash cans along walking routes, in public spaces, outside bus stops, and near fast-food joints makes collecting and disposing of trash easier.

Litter bins also facilitate recycling and reuse programs by giving local government officials and trash collectors adequate time to sift the material. Also, the dumpsters need to be emptied regularly to avoid more problems caused by being too full.

Education is essential for reducing the trash problem. People must be aware of how their everyday behaviors impact the environment. Additionally, we must convey to people how simple it is to prevent littering and support environmental protection.

You can keep a trash bag in your vehicle and bring it with you whenever you walk outdoors. Place your waste in the bag until you come across a trash can. In addition to keeping your automobile tidy and organized, this activity will keep the streets clean.

When people see a problem like this, they are more likely to want to do something to fix it. Given the significant influence that children and adolescents have on the development of a country and its upkeep, this education should start in schools. Children are quick learners who can change their behavior easier than most adults. In addition, we could persuade people not to litter. Recycling waste can help keep resources from going to waste. Recycling items rather than littering may assist the local community and the ecosystem. 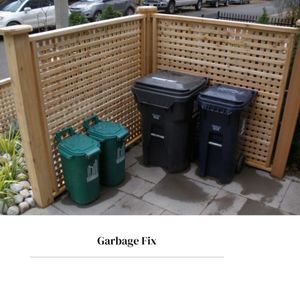 
How to Stop Neighbours from Using your Garbage Can? - Tips


How to Stop Garbage Cans From Blowing Away? - Practical Fixtures 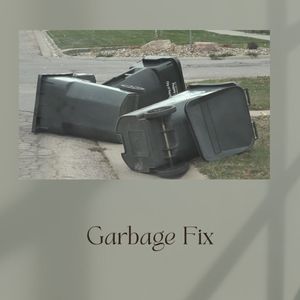