Today the United States is responsible for more garbage output than any prior generation.

In 2015 (the most recent year for which data is available), the United States produced over 262 million tonnes of municipal rubbish, a 4.5% increase over the previous year and a 7.8% increase over the annual total in 2000. In this article, we will discuss Where Does Garbage Go? And what are the main cities' garbage dumping areas?

Where Does Garbage Go - You Must Know

Even after accounting for the country's 14% population growth since 2000, the United States has the greatest rate of garbage production per day per person. The average American generates over 4.5 pounds of rubbish daily, approximately 55% more than the average British citizen (2.9 pounds).

Common household items such as food scraps, clothes, furniture, batteries, and appliances are municipal solid garbage. It could be recycled, delivered to a waste-to-energy facility (such as an incinerator), or disposed of in a landfill. The availability of disposal and environmental safety are just two of the many issues posed by the numerous waste management solutions.

What Happens To Rubbish Once It's Tossed Away?

The United States produces around 268 million tonnes of (MSW) municipal solid waste each year, making it the world leader in MSW production. Where exactly does everyone's garbage end up? The final destination of garbage varies widely among areas, states, and even municipalities.

The landfill is far the most popular final resting place for rubbish and other solid waste. Even though San Francisco and Seattle recycle more than they send to landfills, most Americans still send their rubbish to the dump.

Trash is sent to more than just landfills in the United States; recycling facilities, composters, and waste-to-energy plants all play vital roles.

The EPA projected that 69 million tonnes of waste were recycled in 2018. Recycling is the recommended technique of trash diversion due to its environmental benefits and resource preservation. Recycling's goal is to recycle unwanted resources by making something new. These operations may recycle aluminum, plastics, glass, and paper, among other materials.

Glass jars and bottles, for example, can be reused after recycling. One can use recycled aluminum cans to make new cans, gutters, and window frames, among other things. Many additional things, such as carpets and polyester fleece, can be made from plastic bottles.

One may compel customers to sort their recyclables before delivering them to specific recycling centers. Modern facilities use single-stream recycling, in which all recyclables are mixed during disposal and separated during processing, to simplify this procedure.

Approximately 52 percent of America's garbage is buried in more than 3,000 active landfills.

What Happens To Trash In A Landfill?

Garbage that you cannot recycle is frequently disposed of at a landfill. Trash is purposefully stacked in modern landfills with intricate liners and drainage systems, enabling natural decomposition with little environmental impact. When a landfill is full, at least two feet of dirt are placed over it to prevent waste from migrating and pollutants from leaking into the surrounding region.

Your Garbage Is Normally Disposed Of In A Landfill

Composting facilities, anaerobic digestion plants, and incinerators are just a few of the innovative eco-friendly choices accessible in some areas.

You can deliver municipal solid waste to waste-to-energy plants, which burn it and collect the gas byproducts, which one can then utilize to generate heat or power. The conventional practice is incineration, which entails using high temperatures to burn and break down all trash, including organic and inorganic. In 2015, waste-to-energy plants could have supplied electricity to more than two million homes after processing 33.5 million tonnes of municipal solid waste. In addition to lowering the amount of rubbish you must bring to the disposal, incineration may aid in environmental preservation.

According to the US Energy Information Administration, for every 100 pounds of garbage, 87 pounds are burned as fuel to generate electricity, resulting in a volume decrease of around 87 percent.

Any Remaining Ash Is Treated And Disposed Of In A Landfill

Because of the release of harmful pollutants such as particulate matter, dioxins, mercury, and lead that may occur during waste-to-energy generating facilities generating power and reducing garbage in landfills, combustion has mixed support.

Furthermore, the cost of pollution-control systems is prohibitive, and new facility development has ceased. Since 1995, Florida, home to more than a quarter of all waste-to-energy facilities in the United States, has seen only one new facility online. Because of the region's limited land availability and high landfilling costs, the Northeast is home to most of the country's waste-to-energy facilities in the absence of Florida.

Because burning garbage for electricity isn't an option due to environmental concerns and a lack of disposal facilities, many communities dump it.

Refuse To Use Burners

These facilities' primary combustion chambers reach temperatures of 1,800 degrees Fahrenheit, which is hot enough to turn any waste into ash.

This process reduces the volume of starting rubbish by 95 percent, requiring substantially less space in the landfill.

In addition, One can use the surplus heat generated by incinerating MSW to generate heat and power.

Composting is a natural process that converts vegetable peels, rinds, and other food scraps and yards of rubbish into a nutrient-rich, decomposed product that you can put into the soil to improve its quality for growing and farming. Natural decomposition, or composting, occurs in the environment. For example, leaves that fall in a forest will eventually deteriorate and be reabsorbed by the ground.

This is increased in commercial composting by including food scraps and landscaping clippings, among other things, to produce optimal heat and moisture conditions for quick decomposition. Composting can be done on various scales, ranging from a backyard compost bin to an industrial composting plant. According to Environmental Protection Agency data, 25 million tonnes of municipal solid waste were composted in 2018. It contained approximately 2.16 million tonnes of leftover food and 22.3 million tonnes of grass and tree trimmings. 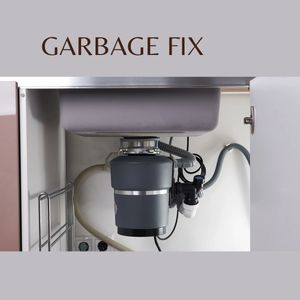 
Can You Have a Garbage Disposal with a Septic Tank? - Yes Or No


How Much Money Do Garbage Men Make? Hourly Wage 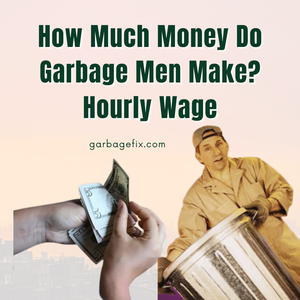