Most homes now have garbage disposals, which are great tools for turning food waste into pulp. They are in high demand in the United States. Thus many domestic and international companies manufacture them.

But did you know that Moen also owns Waste King, another fantastic and well-known company like InSinkErator?

Moen VS Insinkerator: Which One is The best?

Moen Vs. InSinkErator – Differences and Similarities

This comparison examines the similarities and contrasts between the trash disposal methods of these two industry giants. There will be so many different products from each of these companies that comparing them all will be difficult.

Which manufacturers' trash compactors have the same drive mechanism?

Absolutely, without question. The motor is an important part of the waste disposal system and executes its job properly. A different motor than the InSinkErator versions powers Moen garbage disposals. The motors used by Moen and InSinkErator in their respective products are drastically different. 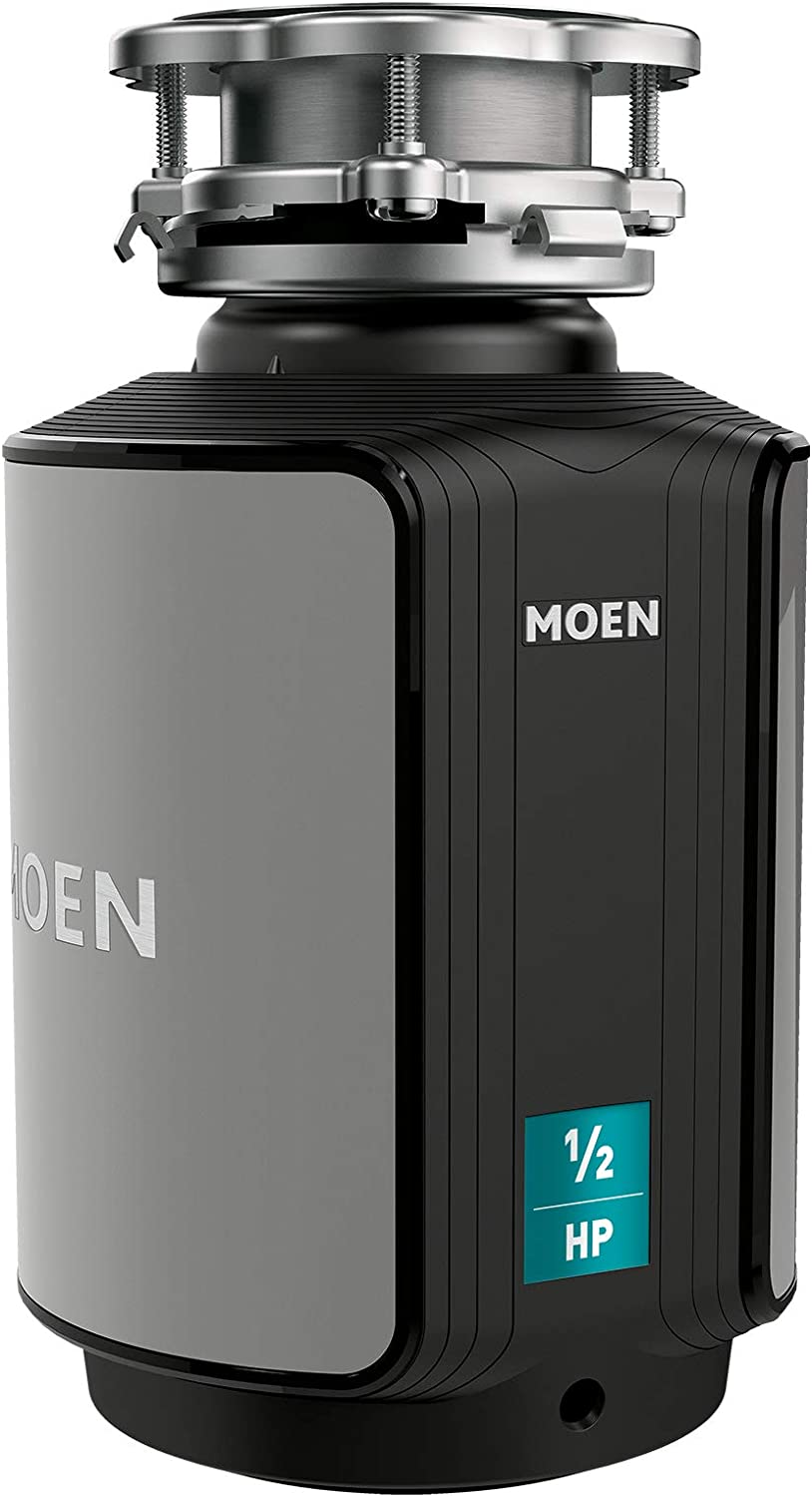 All Moen versions use a permanent magnet motor that operates at a constant 2700 RPM. Certain variants, mainly the less powerful ones, will run at rates lower than 2000 RPM, even though they all use the same motor.

Meanwhile, InSinkErator's trash disposals will have DuraDrive induction motors with a maximum speed of 1725 RPM. This is frequently a slower choice than the Moen. While I'm sure many of you are well-versed in the arguments for and against specific motors, I'll have to defer to your expertise. 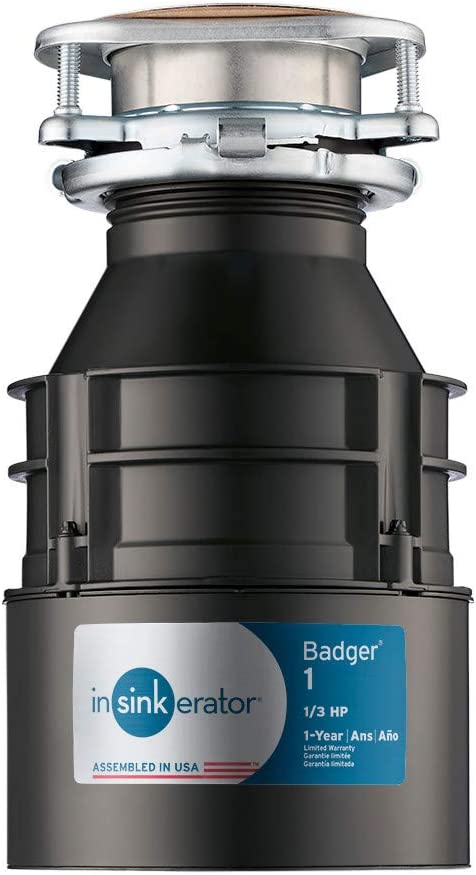 In terms of garbage disposal, InSinkErator has more Options than Moen.

As of this writing, Moen has only 13 distinct trash disposal options, but InSinkErator has over 20. When evaluating available options, InSinkErator comes out on top. One of their products, the Septic Assist, is intended for use with sewage treatment plants.

If you're unfamiliar with the terminology, garbage disposals are classified as continuous or batch feed based on how the waste is fed into the device. You can put food scraps into continuous feed disposals while the device is running.

"Batch feed" disposals are those that accept food scraps in batches. They use a magnetic cover that was custom-made for this purpose to activate and deactivate the garbage disposal. Although InSinkErator has one extra batch feed disposer than Moen, most customers prefer continuous feed models.

However, some, particularly low-powered models, use the same type of motor but run at speeds less than 2000 RPM. InSinkErator's trash compactors, on the other hand, employ induction motors. These motors, known as "DuraDrive," have a maximum speed of 1725 revolutions per minute. You'll notice a significant difference in pace if you're used to Moen.

On the other hand, the Evolution Excel disposal from InSinkErator is the quietest on the market. InSinkErator and the other brand offer silent disposals, albeit the latter has more options.

Compare and contrast the two and decide which one performs better.

You're surely aware that the engines used by these two companies will be rather different. As a layperson, I assume that the faster, the better, but I've never thought to look into allegations of bad performance with InSinkErator products. As a result, similar models in terms of power ranger and performance tend to appear simultaneously.

Is it true that when both companies' products are used to dispose of trash, they make a lot of noise?

Compared to its sibling company, Waste King, Moen offers models with better noise insulation; also, its models are the greatest, and InSinkErator offers a variety of silent trash disposals.

The Evolution Excel Disposal from InSinkErator is very quiet garbage disposal they sell in large quantities. Both of these companies provide silent disposal systems. However, InSinkErator appears to be creating more of them lately.

Moen and InSinkErator provide nearly equivalent guarantees on comparable garbage disposal products. The Badger 5 and the GT50C are two models that have a house warranty. As a result, I cannot suggest one brand over another.

Prices for disposal units in the same horsepower range are reasonably comparable. They don't make low-cost versions like Waste King, but these other two do.

A Torx socket and a restart switch.

Every trash disposal will become jammed at some point. Every InSinkErator disposal has a hex hole in the base that allows you to collapse the blockage using a hex wrench. Although this function is not standard on all Moen faucets, many do not have it. Insert a stick or broom handle above and turn the crank to rotate the blades to clear the obstacle.

Because they both use a 3-bolt system, garbage disposals from InSinkErator and Moen are interchangeable. Unlike the InSinkErator disposal, installed beneath the sink, the Moen 3-bolt system requires the splash guard to be installed above the sink.
Moen and InSinkErator trash disposals both have soundproofing features. The quality of the insulation varies per model, although both manufacturers produce noiseless equipment.

Both manufacturers provide units with varied power ratings (from.3 to 1.0 horsepower). The most frequent sizes are 1/2 HP and 3/4 HP.

Installing a Moen or InSinkErator trash disposal is similar to installing any other brand. Please refer to the installation videos for further information.

Garbage Disposal Replacement and Quick Review of Moen versus InSinkErator 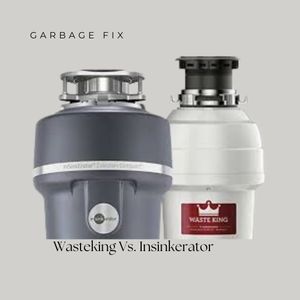 
Wasteking Vs. Insinkerator: Which is Superior, and Why?


Moen Garbage Disposal Reset Button With Other Problems And Solutions 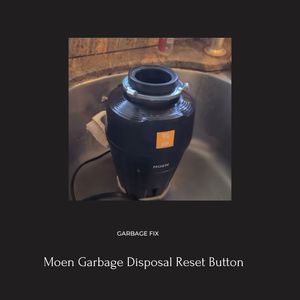