Wasteking Vs. Insinkerator: Which is Superior, and Why?

Two of the market's most well-known garbage disposal brands are InSinkErator and Waste King. Suppose you're in the market for new trash disposal or looking to update your current model.

In that case, you might be interested in the differences between the models offered by these two businesses. The motor in a Waste King trash disposal is not the same as that in an InSinkErator. Waste King's high-speed permanent magnet-type engines can process waste faster than InSinkErator's slow-moving induction motors.

💡
InSinkErator, one of the first waste disposal manufacturers, was formed in 1927. John W. Hammes founded the company and is credited with inventing the in-sink disposal, which grinds and shreds food leftovers that would otherwise clog drains. After spending more than a decade perfecting the design, he entered the commercial disposal market.

Waste King Garbage Disposals are among the greatest garbage disposals manufactured by Moen Inc.'s Anaheim Manufacturing Group. This brand is responsible for some of the most important developments in disposal units, such as the unique Vortex technique and the permanent magnet motor.

Waste King and InSinkErator are both market leaders due to the great quality and low costs of their disposal devices. The question is, which of the two should be preferred when making a final decision? It's difficult to pinpoint the top garbage disposal manufacturer. I compared them using various aspects that you should consider when looking for trash disposal to assist you in picking which brand is best for you.

When purchasing new kitchen equipment, one of the consumers' first questions is about the price. Households and families, for the most part, have their own investing budgets. Everyone is aware of this. InSinkErator functions similarly. Their home food disposal line is tailored to certain homes.

The Badger series is a low-cost range with a small design that includes only 1/3, 1/2, and the brand-new 3/4 HP variations.

The series is intended for small-space apartments and townhouses. If you already live in a regular flat or apartment with a roommate or significant other, the Badger 5 will meet your demands beautifully.

It won't break the bank, and it's small. The Evolution series, on the other hand, is a premium line that retails for between $200 and $350.00 and features a powerful engine, noise insulation technology, and a Multi-grind mechanism.

The series is aimed at customers willing to pay a little extra for a better product. No matter how many people live in your home, Evolution Excel can accommodate them all. Because of its sound-deadening pads and unique Multi-grind, the machine can grind up any food waste into mulch without creating a sound.

Both the InSinkErator and Waste King brands offer entry-level models (usually the cheapest), mid-level models (generally priced in the middle), and high-end variants (often priced at a premium). The InSinkErator is available in two main series: the classic Badger series and the cutting-edge Evolution series. In addition, the organization provides a septic-specific waste disposal service.

The Badger series houses the majority of InSinkErator's lower-priced appliances. In terms of features, these machines are limited to the essentials. On the other hand, the InSinkErator Evolution models are the best of the group because they are the most up-to-date and best in their category.

However, the Waste King only has one series, Legend. The Legend series includes every level of sophistication. Depending on the selected installation method.

The models in this line come with either an EZ Mount System or a 3 Bolt Mount System. The EZ - Mount disposal system available on Waste King's higher-end and mid-tier models simplifies installation.

The cost of disposal units varies greatly, as does the quality of their construction. As one might imagine, the lower the price, the lower the rate. It isn't easy to compare the two businesses' build quality because each offers many models at many price points.

Although InSinkErator's high-end models are more firmly built than Waste King's, the same cannot be said for the firms' mid-range options, so I cannot say which is superior. Insinkerator's higher-end devices generally include stainless steel grinding chambers, whereas Waste King's are made of corrosion-resistant plastic. Even InSinkErator's entry-level models are made of rust-resistant plastic.

The grinding components of both businesses' premium and middle-tier models are made of stainless steel, while the lower-priced versions are made of galvanized steel.

The motor's Type and output.

Each manufacturer employs a somewhat different type of motor; as you can expect, each has advantages and disadvantages. A full comparison of the two is beyond the scope of this article.

The company's unique Dura-Drive Induction Motor, which is more powerful and lasts longer than normal motors, powers an InSinkErator.

Waste King uses the VORTEXTM Motor with a permanent magnet. These engines are frequently lighter and simpler than their predecessors.

The InSinkErator's Dura-Drive Induction Motor spins at 1725 RPM, whereas the Waste King L-8000's VORTEXTM motor spins at an astonishing 2800 RPM.

Don't be deceived by the slight change in RPMs. However, it does not demonstrate that the Waste King L-8000 is more powerful than the other disposal. Said, the Waste King is unrivaled in the speed with which food waste can be grind.

The permanent magnet technology in the Waste King disposal allows the engine to reach full speed instantaneously upon turning on. The greater RPM combined with this results in trash disposal that uses less energy and water than conventional models.

The Waste King L-8000 appears to have won because of its better strength, efficiency, and low profile. The InSinkErator Evolution Excel more than compensates for its lack of speed.

The freshly announced Evolution series from InSinkErator touts cutting-edge technology by shredding trash in-house through a series of grinding processes. Food scraps can be converted to a fine powder without effort using "Multi-Grind" technology.

The series' great and innovative plot twist introduces progressively finer grinding. Garbage King asserts that the high speed of their waste disposal negates the need for such equipment. Hence it has yet to be implemented. 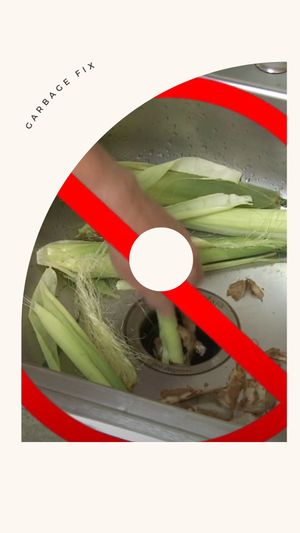 
Why is My Garbage Disposal Not Grinding? Quick Fix 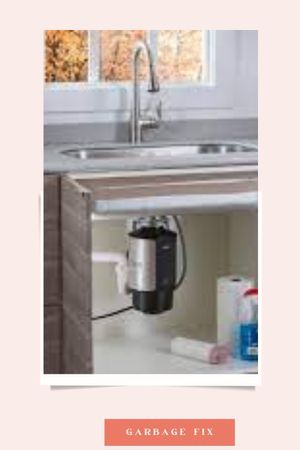