Is It Illegal To Dump Trash In A Dumpster? - That's Not Your

It can be tempting from time to time to throw your garbage or other items in someone else's dumpster. Perhaps it's because you have a little apparent amount of trash and the dumpster looks vacant.

Or you have extra rubbish that won't fit in your dumpster. What damage is there? Is it illegal to dump trash in a dumpster? Here's the thing: If you throw garbage in dumpsters on private property without the owner's consent, it's against the law.

Although each town has specific regulations addressing unlawful dumping, it is usually considered a crime. You risk severe penalties and perhaps prison time if you are discovered. The such hassle will cost you more money than just hiring a dumpster.

Illegal Dumping: What Is It?

The disposal of trash from one area to another without authorization is considered illegal dumping. It involves discarding yard debris, furniture, tires, and other rubbish in open desert areas, empty lots, and alleyways.

If you discover cases of unlawful dumping, please alert the local authorities.

The kind and volume of garbage decide whether it is littering or unlawful dumping.

You are littering when you toss a piece of paper or a drink bottle on the side of the road. Garbagefix further points out that several public trash cans are positioned in key areas across most cities and public spaces to discourage littering and keep the environment clean. These trash cans are separated to collect recyclables and organic waste.

However, unlawful dumping may happen when individuals dispose of a lot of trash or hazardous material on private property.

Such as a hired container tucked behind a business or other commercial structure. It may result in increased dumping fees and risk to one's health and safety.

The Legal Aspects Of The Issue

It's against the law to dump rubbish in dumpsters or containers on private property unless the owner gives permission. It includes, but is not limited to:

Different states and cities may have different laws that apply to this idea. But many places think that this kind of illegal dumping is a crime that could lead to jail time or big fines.

Law To Put Garbage In A Store's Dumpster

It is not only against the law to put garbage in a store's dumpster, but it also reduces the amount of room available for them to fill it with waste, rubble, or other types of rubbish.

The business owner must handle everything independently since they cannot dispose of the extra rubbish on the street or in a public space. The business owner may need to hire a second dumpster if the first one is already full to finish the work.

The additional weight brought on by unlawful dumping can also cause the load to exceed the acceptable weight limit. Because many rental businesses have tight regulations about trash use, they could leave the dumpster until it is level, or they might charge you more if you break the restrictions. Trespassers may also dump dangerous garbage, resulting in high fines from the dumpster rental provider.

It might be more than just a nuisance if someone throws rubbish in your dumpster. Think about the following effects of unauthorized dumping:

There is less space to put your garbage in, so you need to hire another dumpster. Your rental may incur additional costs if you exceed the weight restriction due to excess weight. Possible to get rid of dangerous items, which will increase the total cost.

There are a few things you may do to discourage illegal dumpers if you wish to prevent these expensive consequences of unlawful dumping.

Although these precautions don't always succeed, they often do so to prevent would-be dumpers from moving through with their intentions.

What Happens If Preventative Measures Can't Fix The Issue?

If you see garbage and other items in the dumpster that are not yours, search for any labels or markings that can help you identify them.

If you can identify the person, you may approach local law enforcement and take that course of action.

Even if you don't discover any identifying markers, it's a good idea to alert the authorities to the problem, particularly if the trash will remain on the property for several more days.

Police would probably step up patrols in the area, which could be enough to make potential "trash tossers" rethink their plans.

It is not worth breaking the law and facing legal repercussions to put your garbage in someone else's dumpster. Make the proper decision and contact Next Day Dumpsters to choose the size that best suits your requirements if you have rubbish that has to be disposed of quickly.

There are several possible concerns for the neighboring land and wildlife when rubbish is left lying about in natural areas.

However, the extent of the effect is not usually immediately apparent and may take some time to become apparent.

Effects Of Illegal Dumping In Your Community

Illegal dumping harms not just the environment. You and your community may be more negatively affected than you think if an unlawful dump site suddenly develops in your area.

Illness is one of the main dangers of unauthorized dumping of people. In addition to breeding grounds for disease-carrying animals like rats, skunks, and opossums, areas where rubbish is left out attract insects like flies and mosquitoes.

Among the potentially fatal illnesses that these creatures and insects may transmit are malaria, encephalitis, dengue fever, and yellow fever.

Living in a neighborhood with open waste sites may impact mental health. The cleanliness of the place we live in impacts our mental health. People consider areas renowned for unlawful dumping to be "dirty," and they do not feel secure or at ease there.

Some of the largest problems in urban or suburban regions are caused by people exploiting empty lots as garbage dumps or by people leaving large goods at the curb when it's not bulk trash day.

Even though both are considered illegal dumping by many authorities, the damage is done by how they look.

A potential buyer is likelier to tell others that the area isn't somewhere they want to visit or live if they arrive in a city, smell bad smells from an illegal dump site, and can't drive down a street without seeing trash in empty lots or on the curb. When houses don't sell, the neighborhood's market drops.

The most efficient way to solve the complex social, economic, and environmental problem of illegal dumping is to pinpoint its underlying causes. The communities where illegal dumping often takes place might suffer terrible effects. 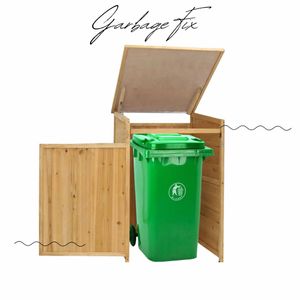 
Garbage Can Enclosure DIY - Make Your Own


Is a Garbage Disposal Necessary? - No More Confusion 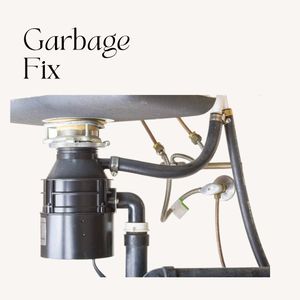