How Much Money Do Garbage Men Make? Hourly Wage

Despite the obvious disadvantages of trash collection (such as unpleasant odors and heavy physical work), One may identify various advantages of this work.

If you pick a career in trash collection, you can expect better job stability and access to benefits than many other jobs.

Even though this is a nasty and stinky activity, completing it is in your best interests.

How Much Money Do Garbage Men Make?

Waste collectors take garbage from the curb and dumpsters in residential and business areas.

Rubbish collectors are increasingly asked to collect and sort recyclables in addition to garbage.

Depending on the market and the firm, a trash collector's pay can be quite lucrative, even though the position often requires little education.

According to the Bureau of Labor Statistics, a trash collector's hourly wage in the United States in 2019 was $19.90, equating to a yearly salary of roughly $41,400.

Getting Paid To Clean Up Trash

Trash collectors in major cities earn more than their counterparts in rural areas, owing primarily to the higher cost of living in the former.

The highest documented hourly wage for garbage collectors is $30.75 in the Chicago-Naperville-Elgin metropolitan region (Illinois, Indiana, and Wisconsin).

At $23.44, the Eastern Sierra-Mother Lode region of California has the highest hourly wage of any nonmetropolitan area.

The states of Illinois, New York, and California had some of the highest average incomes in this field.

Outside the states indicated above, One found the highest median incomes largely in the western and northernmost states.

What functions Does A Garbage Collector Perform?

Collectors of trash, recyclables, yard trimmings, and other miscellaneous items must be in pretty good physical condition to move the heavy bags they handle.

The garbage collector will inspect the recycling bins and remove anything that does not belong.

Certain trash trucks can take up large dumpsters without needing a second person to assist.

The driver pulls up next to the garbage can, lowers the lift, and then uses levers to lift, carry, and empty the trash.

Trash is piled onto the back of a garbage truck and transported to its eventual destination (a landfill, recycling plant, or compost station).

Businesses that produce hazardous waste must use a transportation provider whose employees have received specialized training in disposing of such goods.

The Benefits Of Being A Garbage Man

Firstly, you can be an Environmental Advocate.

Because you work in the garbage, you are the most powerful environmental protector.

You are in charge of cleaning the streets and removing trash.

Your primary obligation will be to dispose of any unwanted goods safely and legally.

The genuine heroes of the recycling world are the men and women who collect our rubbish.

Work Clothes That Are Simple To Wear

Most office workers find it inconvenient to dress up daily to please "the master."

Trash collectors are not subject to such considerations.

Your uniform will be comfortable even if the task is filthy and unpleasant.

Consider if your employment requires you to dress in a suit and tie.

That's not cool at all.

Fitness Is Simple To Maintain

Garbage collectors frequently handle biodegradable waste and have an incredibly simple time staying fit. The odor is indeed unpleasant. Muscle growth, however, will be a breeze with all that heavy lifting and tossing. Your Job Needs you to be on your feet a lot, which is a plus. Other office workers should prioritize cardiovascular activity.

On the other hand, you can get by with just a little walking and trash can pushing (regular Tuesday).

The Negative Aspects Of Garbage Men

Know your rights when it comes to workers' compensation.

Injuries Caused By Chemical Or Other Harmful Material Exposure

When you wear thin gloves, you expose yourself to dangerous toxins.

If the rubbish has been out for a long period, foraging rodents like rats and mice and larger species like raccoons and bears may have crawled inside the dumpster.

These animals' bites or scrapes could result in life-threatening illnesses such as rabies. 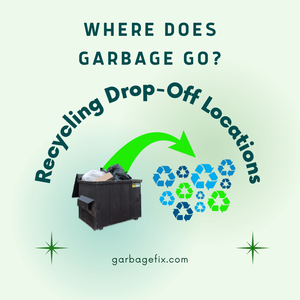 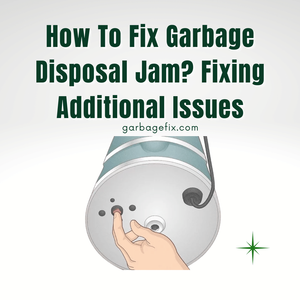