Garbage disposal, often known as a food disposer, can be plugged into an ordinary household outlet or a special connection. They can be hardwired into a specific circuit or connected through an appliance cable to an outlet within the sink base cabinet.

In this article we will take you through the process of garbage disposal switch wiring. Let's start.

When the disposal is hardwired, it is connected to a switch in an electrical box beneath the sink or on the adjacent wall. If the switch is close to the sink, You may discover a second box operating as a junction box within the cabinet. Any exposed wiring within the cabinet should be covered by flexible metal conduit BX cable. In most nations, this direct wiring can be insulated by a nonmetallic flexible conduit or tubing.

Once you've run the line from the disposal to where the switches are, you'll have a box full of wires and nowhere to plug in your trash disposal. Trash disposal requires several switches, connectors, and wirings to be installed. Before we start the installation, I'd like to explain what each of the cables is for.

💡
In most modern homes, the garbage disposal and dishwasher share a circuit. When the two appliances are connected, the outlet is split into two halves: one side has a switch that regulates electricity to the disposal. In contrast, the other half is permanently powered so the dishwasher can be plugged in.

The circuit breaker protects the outlet and trash disposal from overload by splitting the hot or black wire into two separate branches.

Neutral wires are the white wires that connect directly to the wall.

It would be best if you connected the ground (green) cable to the electrical socket and the trash compactor.

The red cable from the trash disposal connects to a wall outlet.

This issue of Home Tips focuses on safe labor practices. You should turn off the breaker that supplies electricity to the trash disposal if it is clearly labeled. If the equipment isn't labeled properly, you can turn it off by having someone else flip the breaker switches while you pour cold water down the drain and turn on the disposal.

If You cannot find the right breaker, turn off the main power breaker in the panel and replace the switch during daylight hours. Turning off the master circuit breaker will turn off power to the entire facility, which is preferable to working on a live circuit. Leave a warning or lock the breaker box to prevent someone from turning the power back on while you're working.

Use a voltage tester to double-check that the power has been turned off at the terminals. Take note of the colored wires that link to each terminal. On one side, two black wires are normally connected to the top and bottom terminals, while a bare ground wire is connected to the green ground terminal.

Unplug the wires from each terminal with a slotted screwdriver. Making a mistake while changing the wires is difficult. You can connect any black wires to either terminal, and You should always connect the bare wire to the green grounding screw.

Purchase a replacement switch with the same amperage rating as the one you're replacing. Certain trash disposals require a 20-amp circuit and switch, whereas others can operate on 15-amps. You should be able to find the right toggle switch at a local home improvement store or hardware outlet, whether you shop in-store or online.

Regulations require disposal switches to have a marked "off" position. If you are unsure what type of switch you require, bring the old one with you when shopping for supplies.

Remove the old connections with wire cutters and strip out about 1/4 to 3/8 inch of insulation from either end of the wires to prepare them for the new switch. Wind the bare wire clockwise around the terminals, then tighten the screws until the heads cover the wire threads completely.

Replace the mounting screws after carefully entering the wires into the wall box to secure the new switch firmly. Cover the toggle with the provided plate, then secure it with the screws. Turn on the new switch, then run cold water into the sink where the trash disposal is located to determine if it works.

Help In Wiring A Trash Disposal

The first rule to remember while wiring trash disposal could save the installer's life in the event of a fire. Before installing trash disposal in a room, always turn off the circuit breaker. If you're unsure which fuse to use, turn on the switch to which You will connect the wires, then turn off the fuses one by one. If the same switch controls the light, keep an eye out for it to turn off. After locating and removing the right fuse, use a voltage tester to ensure that the power has been entirely turned off. Prioritizing safety, tape the switch or the entire box and plainly label "Do Not Touch" to caution anyone who might mistakenly turn on the power while working on the trash disposal's wiring.

Lastly, ensure that the trash disposal is properly hooked into the wall's light or electrical outlet. This device must always be a GFI unit, which turns off immediately in the case of an electrical fault rather than tripping the breaker for the entire house.

In most circumstances, trash disposal merely has to be connected to an outlet, but there are a few things to consider if you're hard wiring it. Always use specialized plastic covers designed for the job, and double-check that the positive and negative ends of the wire are connected to the correct polarities in the existing home wiring. Wrapping the ends with electrical tape is optional.

Still, it is a good safety precaution since it reduces the likelihood of sparks flying out of the outlet box, which could prevent a fire if it is not performing its intended role. 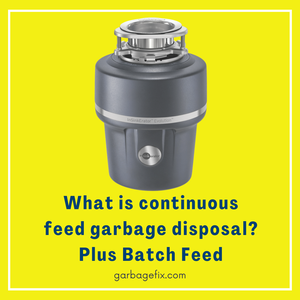 
What Is Continuous Feed Garbage Disposal? Plus Batch Feed


How To Get A New Garbage Can From Waste Management? 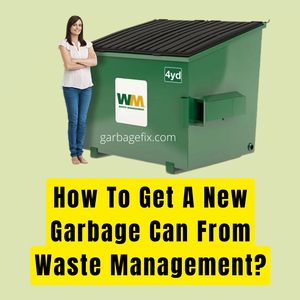