Does a Garbage Disposal Need a Dedicated Circuit? - Tips

The numerous circuits sufficiently feed kitchens since they utilize the most power of any room in the house. It might imply that a kitchen with electrical cooking equipment requires as many as seven or eight circuits.

In contrast, a single general-purpose lighting circuit can accommodate all the light fixtures and plug-in outlets in a bedroom or other living space.

Does garbage disposal need a dedicated circuit? Garbage disposals should be hardwired to a power source or connected to one through a grounded electrical connection.

Typically, a dedicated circuit is recommended, although a circuit spread to a dishwasher may also be suitable. The disposal's instructions are the finest source of information about this distinction.

Why Dedicated Circuit Is Recommended?

For a very simple reason, garbage disposals need their separate connection. For your garbage disposal to work, it needs its line, just like your refrigerator, microwave, and other big electric appliances.

Even though garbage disposals don't look as big as refrigerators, their motors use much electricity, just like the motors in refrigerators.

In that case, you could hurt the appliance or other electric equipment with which it's sharing an outlet because of how much power it uses when it's on. So a dedicated line is used for one appliance.

To ensure your garbage disposal works, you'll need to work with a qualified electrician to put in some parts before or after the plumber installs them. An electrician usually sets up a dedicated line from your main electrical panel. This line will have the following parts.

A circuit breaker with 15-amp to 20-amp ratings, such as this one, is required. Most kitchen appliances used to be plugged into regular general outlet circuits. Kitchens also need at least one lighting circuit and circuits for minor appliances.

Garbage disposals handle the unpleasant task of tidying up after meals. They use a substantial amount of amperage when grinding up the garbage when they are filled.

Check with your local authorities since various jurisdictions may have different standards for GFCI and AFCI protection for garbage disposals. The safest method is to include both AFCI and GFCI protection.

However, because GFCIs might be susceptible to "phantom tripping" from motor start-up surges, professional electricians sometimes remove GFCIs on these circuits when local standards permit them.

A wall switch and the control for the garbage disposal should be set up to plug into a wall outlet; AFCI protection is often needed.

If a Dedicated Circuit Is Not Installed, What Can Happen?

Connecting garbage disposals to the same circuit as other appliances is not advisable.

There can be a power deficit if many appliances are connected to the same circuit. You will need to reset the circuit by switching the breaker if there is a power outage. The appliances may need to be fixed or replaced if frequent power outages cause damage.

Garbage disposals only operate for brief intervals rather than continuously. The brief period of usage and the first surge of electricity is sufficient to trip the breaker and turn off the power to other appliances.

The Food Is Likely to Spoil

The fact that garbage disposals vibrate when the blades move is one of the reasons they need to be on their circuit. The vibration may cause plugs in the outlets to come apart from the outlet. Your food will probably deteriorate if your refrigerator is plugged into the same outlet as your garbage disposal and the plug falls free.

Can a Garbage Disposal And a Dishwasher Share a Circuit?

When the load does not exceed 80% of the total circuit capacity, the disposal and the dishwasher operate properly on a single circuit.

Garbage disposals are hardwired and must shred food waste and keep your water waste management system secure. A single circuit may be utilized to power both the dishwasher and the garbage disposal.

Dishwashers and garbage disposals could sometimes share a circuit. Remember that you shouldn't connect your dishwasher to the circuit that powers one of the electrical outlets next to the countertop.

However, they cannot be connected to the same circuit if the owner's manual for the dishwasher or garbage disposal specifies that each requires its circuit.

What Size Electrical Circuit Do I Want for Garbage Disposal?

It would help if you had an accessible outlet powered by a 120-volt, 20-amp circuit breaker to utilize a garbage disposal.

Can a Garbage Disposal And a Refrigerator Be on the Same Circuit?

For example, a kitchen is not uncommon to have only two or three circuits and basic appliances like a refrigerator and dishwasher. The garbage disposal will be powered by the same circuit that powers the lights and countertop outlets.

Unlike stoves or microwaves, garbage disposals don't have a lengthy lifespan. The initial surge is so strong that it may easily trip the circuit breaker, turning off other kitchen equipment.

Is a 20 Amp Switch Required for Garbage Disposal?

A switch must only be rated for the load that it manages. A 15 amp is OK unless your GD draws more than 15 amps.

Which Appliances Must Be Connected to A Dedicated Circuit?

Because they ensure that appliances work safely without overloading the home's electrical system, large electrical appliances, including refrigerators, stoves, washers, dryers, and electric water heaters, must have dedicated circuits under the Nation's Electrical Code.

Besides the dishwasher, you shouldn't ever connect your garbage disposal to the same circuit as other equipment.

Large amounts of vibration from garbage disposals may cause plugs to become loose. The majority of other kitchen equipment must always be plugged in. Thus they should never be on the same circuit. 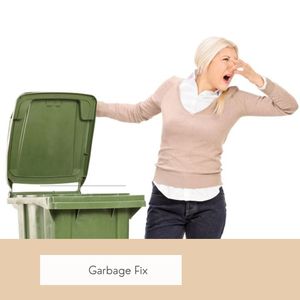 
Is the Bad Smell of Garbage Harmful? - Effect and Prevention


How to Dispose of a Vacuum Cleaner? - Eco-Friendly Manner 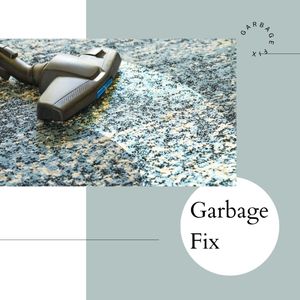