Can We Use Garbage Disposal and Dishwasher on the Same Circuit?

The garbage disposal and dishwasher both serve crucial functions in the kitchen but are independent devices. They are related because they both have ties to the same fixture: the kitchen sink.

In addition, there is rubbish that goes down the drain in the sink. As a result, many homeowners try to combine the operation of their dishwasher and trash disposal by plugging them into the same electrical socket. Setting up a brand new kitchen is wonderful and exciting.

💡
Although it is conceivable, connecting many appliances to the same circuit is risky. This raises the question of whether a single circuit can sustain the dishwasher and the garbage disposal. The question is whether garbage disposal and a dishwasher can share a circuit. And if so, how viable is the alternative?

Can We Use Garbage Disposal and Dishwasher on the Same circuit?

If the combined load of your garbage disposal and the dishwasher does not exceed 80% of the capacity of your circuit, you should be fine. While these services are being built, no dishwashers or garbage disposals may be utilised on the same circuit.

There are, however, exceptions where it is permitted. Garbage disposals require permanent wiring because they are in charge of shredding food waste and assuring the safety of your water waste management system.

To enable the dishwasher and disposal to share a single circuit. Dishwashers normally require 120 or 125 volts to operate. In a grounded system, 14/2 NM wire is commonly used to give 15 amps to garbage disposal and dishwasher simultaneously, whereas 12/2 NM wire is used for 20 amps.

Is it Necessary to Establish a Dedicated Circuit for Trash Removal?

Garbage disposals should have their circuit according to industry standards. But that doesn't mean they can't use a shared circuit.

Dishwashers and garbage disposals are frequently connected to the same circuit. However, this is extremely dangerous and requires your complete attention. When connecting trash disposal to a dishwasher circuit or any other outlet, ensure the total amperage of the circuit is 20 amps.

It is also critical that the combined current of both appliances does not surpass 80 percent of the maximum amperage of the circuit. Trash disposal requires a 15-amp circuit, whereas a conventional dishwasher requires a 10-amp circuit. As a result, they can be connected in the same circuit, with some system branch circuit design concerns.

However, if the garbage compactor is connected to a common circuit, it is necessary to check with the building code.

The voltage of any device is the rate at which electricity passes through a point in a circuit to power it. Dishwashers, for example, frequently require 120 to 125 volts to work. A power outage is more likely if the circuit has more or less voltage than is needed. As a result, a circuit that can operate on this voltage is required.

Garbage disposals shred food that has been discarded. They also ensure the safety of water waste disposal. As a result, they were forced to endure such procedures. Both the garbage disposals and the outlets require 120 volts.

Even though dishwashers and garbage disposals are considered "small appliances," You should operate them on separate circuits. You won't have to worry about your electrical equipment being harmed due to an overloaded circuit this way.

How about using the dishwasher and the trash compactor at the same time?

If the plumbing system is not properly maintained, dirt and debris from the garbage disposal unit may begin backing up into the dishwasher. This is extremely unclean since all the disgusting food scraps will pollute the water in the dishwasher.

Because, even with all precautions, using the dishwasher and trash disposal at the same time is quite dangerous.

As previously stated, when using a single circuit for a dishwasher and trash disposal, limiting the combined amperage of the two appliances below 80% of the available amperage is critical.

When the dishwasher and the trash disposal are in use simultaneously, keeping the minimum amperage becomes nearly impossible. Because it is obvious that if two appliances, each requiring 15 Amps, are plugged into a 20 Amp circuit simultaneously, the total amperage drawn from the outlet will exceed 80 percent of the circuit's capacity.

However, before you make a decision, verify with your local building department to ensure that You can turn on the dishwasher and trash disposal simultaneously.

What Is the Definition of a Circuit Breaker?

A circuit breaker will turn off the electricity to the appliance if there is a power surge, short circuit, or overcharge.

Electricity is instantly switched off when the circuit breaker's safety measures identify a malfunction. A circuit breaker, unlike a fuse, can be reset. You can only use a blown fuse once before You must replace it. In contrast, a circuit breaker can be manually or automatically reset to restore operation. 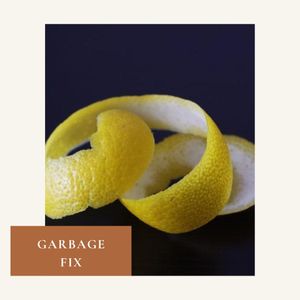 
Can You Use Lemon Peels in Garbage Disposals? Also, any Citrus Peel Can be Used.


How Many Amps Does a Garbage Disposal Use? Is a Waste Disposal Breaker Required? 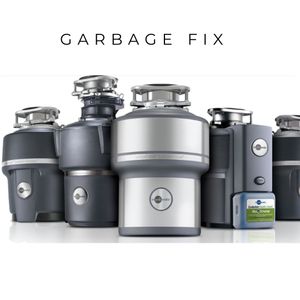