Why Cold Water Only With Disposals? - Mystery Solved

There are several myths about problems with the garbage disposal. People often ask what to put in it and what not to. But when it comes to water, an essential need for garbage disposal, we always have a question.

That's whether to put hot or cold water in the disposal. So, we'll try to solve the case in every way in this article. There are some other aspects of this topic that are also talked about.

Why Cold Water Only With Disposals?

While we're on the subject of liquids, remember always to use cold water while operating your disposal to prevent fats from liquefying within the machine. It facilitates the chopping up of fatty pieces for disposal. However, hot water retains lipids, which contributes to buildup. It is advised to flush with cold water so that oil and fat don't stick together in the pipes.

To get rid of a lot of food waste but are worried about causing backups:

Garbage Disposal Hot Or Cold Water  - Does It Matter?

Despite your awareness of the requirement for water, the issue of whether hot or cold water is utilized to run the device goes unresolved. As expected, ice-cold water works optimally with this apparatus.

That response is a surprise because hot water is often thought to be the most effective cleaning medium. Everyone who has washed dishes knows that hot water is far more effective than cold. If that's the case, why does cold water function best than hot water in a garbage disposal?

Why Not Hot Water?

Oils, grease, and lipids included in dishwater make cold water a must for washing. Meats, cheeses, sauces, and similar foods like these are typical examples of greasy foods. When dissolved in warm water, these materials are easier to work with, which may transform them from solid clumps into smooth liquids. When these fluids cool down, they might solidify and cause obstructions in your pipelines.

Compared to hot water, coolant has an extraordinary impact on these greasy compounds. The oils become solid when washed in cold water. The hard fat may be broken down into smaller pieces by the blades of your trash disposal.

Because of the cold water, these oil particles won't be able to clump together and block your pipelines. Even though it goes against everything, you know about hot water because cold water is preferred for trash disposal.

Does One Need To Run The Trash Disposal With An Empty Sink?

Dishes inside the sink won't prevent the disposal from working, but keeping them out of the way may prevent other objects, like cutlery, from going down the drain unintentionally. Maintaining the efficiency of your garbage disposal is another benefit. If you put a bunch of plates or pots in the sink, the water may fill them instead of the trash disposal, so be careful.

When Should You Use Boiling Water - Any Possibility

While Cleaning The Garbage Disposal

Regular cleaning of the disposal is always necessary. If you want to eliminate these fatty remnants, pouring boiling water down your trash e disposal is a terrific idea. The fat caught in the disposal will melt under the hot water and be flushed away. But then, won't those fats block the pipes?

In all likelihood, it won't happen. If you run the disposal with hot water every time, fat will build up in the pipes. Clogging won't happen if someone uses hot water weekly. To avoid any potential issues, it is suggested that you only use cold water while operating your waste disposal. While cleaning the disposal, only use hot water. One thing to remember is not to use the trash disposal if there is any danger of waste spilling. Because of this, clogging and other issues may arise.

When Using A Garbage Disposal, Is It Necessary To Have The Water Running?

You should know how your trash disposal works in conjunction with water before you continue utilizing it. Your garbage disposal will not work without water. To avoid a blocked sink, avoid grinding dry food scraps in the disposal. Food may become trapped in the rotors and drain if there isn't enough water.

Trash disposals are machines like any other device and need specific attention. Water works as a lubricant in trash disposal, keeping the blades turning and the bits of food moving, much like oil does in a vehicle engine. You should run water through your disposal consistently to ensure that it continues to perform properly and to extend its lifespan.

When Using The Trash Disposal - Throw Ice Cubes In

Occasionally, dropping a few pieces of ice inside the trash disposal can help things along. When sharpening the shredding blades, ice is the perfect hardness. Additionally, ice isn't too tough to get crushed by waste disposal.

During the shredding process, it helps keep the blades sharp, and the water that is created when it melts helps to clean up the mess further. Because of this, ice may be safely disposed of in the trash can. There are numerous advantages to putting it at the disposal.

Is It A Good Idea To Dispose Of Used Lemon Peels In The Trash Disposal?

The hot and cold water discussion ends with the result that cold water is most suitable for garbage disposal. In case, you can also put it inside the disposal, which helps run the disposal efficiently.

However, hot water has several consequences, suggesting that it is not preferable for disposal. Because it can cause greasy and other substances, when crushed down, stick with the pipelines after they cool later.

It will pile up and cause blockage. However, it is only suggested to use hot water less often in rare cases where you want to clean your disposal. 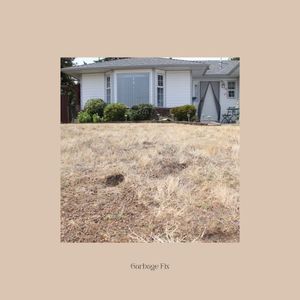 
How To Dispose Of Dead Rabbit In Yard - Rabbit Grave 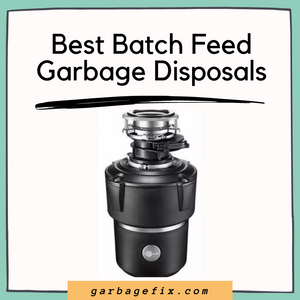