Can You Use Lemon Peels in Garbage Disposals? Also, any Citrus Peel Can be Used.

It's not a new kitchen trick to ground used lemon peels in the garbage disposal, but many people are still (fairly) skeptical about the practice. There is debate about whether this suggestion is safe for your sink,

Yet it keeps coming up online as an easy method to fill your home with fresh and delightful fragrances.

Many objects aren't suited for trash disposal, so it's best to conduct some research before attempting to clean up your kitchen with one.

Rice, spaghetti, egg shells, and celery stalks, according to C&W Plumbing, can do major damage to your kitchen plumbing if washed down the drain. While C&W recommends not washing food in the sink, You can dispose of citrus peels in this manner if certain precautions are observed.

Can You use lemon peels in garbage disposals.

If you had Super Bowl party visitors, your garbage disposal might require a thorough cleaning. If that's the case, I have a simple and inexpensive solution for you. Citrus peels are my go-to for removing lingering odors from the garbage disposal.

Here's a surprise: you only need some ice cubes and citrus fruit peels. I recommend oranges for a clean, refreshing aroma, but others of my friends like lemons or limes

Put a cup of orange, lemon, or lime peels and a large dish of ice cubes through the garbage disposal.

Run the disposal under cold water for 30 to 45 seconds.

After 15 seconds, turn off the disposal and finish rinsing with hot water.

Should lemon peels be discarded in the trash?

The garbage disposal under the kitchen sink substantially improves the convenience of not having to remove trash manually daily. This machine can shred all the waste and flush it down the drain quickly and efficiently.

For those who enjoy the fruit and its anti-carcinogenic, digestive, and anti-anemic properties are gaining popularity, the question of whether you can discard lemon peels in the garbage remains open.

💡
Is it acceptable to throw away used lemon peels? Interestingly, Insinkerator, the garbage disposal market leader, believes that citrus fruits are not only safe to put down the disposal but also help clean it. All that remains is to learn the appropriate technique.

What can you put down the garbage disposal to make it smell better?

To begin, utilizing cold water while disposing of trash can considerably lessen the possibility of odors. If your appliance starts to stink, you can use the following techniques to restore its original aroma.

Peels of orange or lemon

Waste disposals are especially prone to harm from vegetable and fruit skins. Lemon peels, on the other hand, are a POSITIVE addition to your rubbish disposal. They remove unwanted odors from the air and leave a nice citrus smell in the kitchen. Lemon peels are commonly used, but You can also use orange peels.

Pour some water down the drain before dumping a handful of orange peels down the garbage disposal. After completing this, you may be confident that your disposal's cutting blades will be in good working order.

Fill the device with orange peels and cold water, then turn it on. The oil of citrus fruits included in these peels can neutralize all forms of unpleasant odors.

Make sure not to overburden your waste disposal with lemon peels.

If you take a few steps before disposal, You can securely dispose of citrus peels in your trash disposal. According to Experts, a lemon or orange peel can cut through any foul-smelling particles and clear out any other food waste accumulated at your disposal over time.

You can also use citrus peels to remove leftover grease, oil, or fat from your pipes, so incorporate them into your cleaning routine regularly.

Running water through the garbage disposal while it is turned on is an important preventive practice to guarantee that your plumbing system is in good working order.

💡
Experts also suggest breaking up any lemon or orange peels before flushing them down the toilet, which is an important step. Even though garbage disposals are designed to break food, large peels can become trapped in the blades and cause more bother than they're worth.

According to some knowledgeable homeowners, even with a small amount, the blades will take their time breaking down the peels.

What is the crux of the problem?

Peel back with caution! Lemons, like other citrus fruits, do not help with cleaning, but they are excellent for removing foul odors from the garbage disposal.

For a reason, they're called trash disposals, and you'll need to clean and deodorize them regularly.

On the other hand, You can clean most garbage disposals in a matter of minutes. Wastemaid The garbage disposal is one of the most dependable, easy to clean, and install options. The detachable splash guard baffle makes cleaning a breeze.

However, you may still need to eliminate undesirable odors on an as-needed basis. Citrus fruits naturally help because of the aromatic oils in their skins.

Garbage disposals can be cleaned and freshened utilizing produced, promoted, and used citrus fruit-based treatments. According to many users, tangerine with lemongrass is a popular choice for cleaning waste disposal.

If you want to use fresh ingredients, such as lemon, cut one orange or a medium-sized lemon into four wedges instead.

If you want to add a little additional power, squeeze some juice down the drain.

Citrus peels such as orange and lemon are normally good for trash disposal and will not clog the system.

Unfortunately, it is not without limitations. If you pour a bunch of orange peels down the drain at once, it will most certainly become clogged. Perhaps, but I can't be certain. Furthermore, if a large quantity of orange peels is insufficient to induce a blockage in the drain, You can repeat the operation indefinitely. The obstruction can then occur at a later period.

As a result, you should avoid throwing away orange peels in large amounts or frequently to avoid unwanted repercussions. Furthermore, run the water for a few seconds before throwing orange peels in the garbage disposal.

To keep the water flowing freely through the pipes and drains, swiftly remove the orange peels without clogging. I recommend running the water at full speed for 30 to 60 seconds after you've finished using the garbage disposal.

So that You may rinse anything stuck in the disposal, pipe, or drain away. 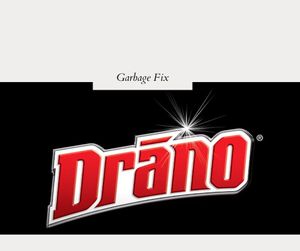 
What Happen If You Leave Drano In Too Long? Plus Other Risks


Can We Use Garbage Disposal and Dishwasher on the Same Circuit? 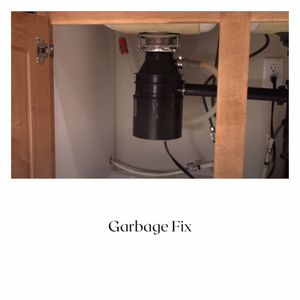