You've come to the correct spot if you need assistance to determine why is your garbage disposal smoking. Discover why this occurs and what you can do to prevent it by reading on.

Smoke from your kitchen might be unsettling, especially if your smoke alarms start to sound. However, seeing smoke coming from your waste disposal might be somewhat unexpected.

If your garbage disposal smells burning, you must first look inside the cabinet containing the waste disposal machine if you can't see where the smoke is coming from. Most likely, the wall socket the trash disposal connects to is the issue rather than the disposal itself.

First, ensure that the garbage disposal receives adequate electricity from the wall circuit breaker. To check this, you must disconnect the garbage disposal and try using at least two other kitchen appliances. Any device, from a toaster to a blender, may be plugged into the same ports to test its functionality.

Finding that the circuit breaker was the source of the issue is not uncommon. This is often verified if the other appliances start to malfunction as well. You might attempt resetting the circuit if it was tripped, which would typically get the waste disposal system working again.

The trash disposal probably shuts off due to overheating if you've been using it without any problems, and then suddenly, it stops operating; you don't even hear it buzzing.

The easiest solution is to turn the light back on. After waiting a while, If it doesn't work, locate the red "RESET" button on the disposal by opening the cupboard underneath the sink. Go to the breaker panel, look for a switch marked "KITCHEN," and see whether the circuit breaker tripped as a third possibility. If it did, move it to the middle position, which is neutral, and then turn it back on.

After that, search the drain with a flashlight for anything that could be lodged there. Use tongs to remove whatever you can. Reconnect the disposal's plug after removing the object.

Forcing objects into the drain:

Allow your waste disposal to rest for a while. Wait 10 or 15 minutes before attempting to reset the device again if the red "RESET" button is ineffective. If the disposal begins operating again, open the faucet and run a few seconds of cold water down the drain.

How do you cool down the overheated garbage disposal?

The following actions you may take right away if your garbage disposal is heating up are:

How to prevent the garbage disposal from overheating?

You may avoid your garbage disposal heating up by following some of these steps. First of all, never fill it up too quickly with food waste.

Secondly, never put hard objects—like shells or bones—into the machine. Last but not least, when operating the appliance, run cool water through it to keep the temperature down and properly drain away all food waste.

Does garbage disposal have a fire risk?

Unlikely though it may be, a garbage disposal may catch fire.

For instance, the motor or its capacitor may burn due to excessive overheating or a serious electrical failure. However, many trash disposals naturally incorporate fuses and other safety precautions to lessen the likelihood of it happening.

If your trash disposal displays any of these problems, be sure you correct it before using it to minimize the risk of smoking:

💡
It's fantastic to have garbage disposal since according to estimates, the world would produce 2.24 billion tonnes of solid waste in 2020, or 0.79 kg of rubbish per person every day. Without fear of clogging your sink, you may sweep leftover food from the plate and down the drain.

Garbage disposals have several parts, which makes it simple for something to go wrong. Your garbage disposal may become inoperable due to a few typical issues.

These typical disposal issues cause inconvenience and may result in costly pipe damage. 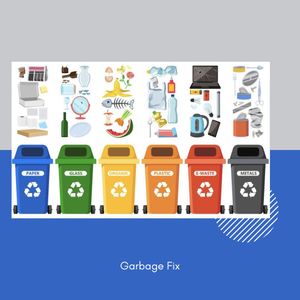 
Types Of Garbage - A Detailed Guide 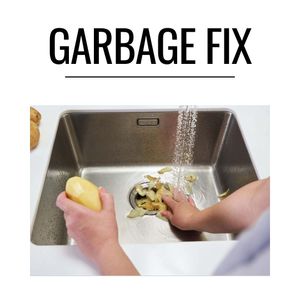