Can You Throw Sharps Containers In The Trash?

The word "sharps" is used in the medical field to describe instruments having pointed or serrated edges that may score or cut the skin. Needles, syringes, lancets, infusion sets,

Continuous glucose monitor applicators, and autoinjectors all fall within the "sharps." Thus proper disposal of sharps containers and sharps is essential for everyone's safety.

Can I Put Sharps Container In Trash? - What To Consider.

Never dispose of potentially hazardous goods, such as sharp containers, in the garbage. Take into account the possibilities of recycling sharps containers that have received FDA authorization. These containers are suitable for reuse and are reused wherever feasible after being collected and disinfected by a medical waste collection service following the relevant state and municipal laws.

A community group may send out highly trained staff members to collect the sharps containers from the home if you sign up for the service. There is usually an associated cost, and some businesses are selective about the kind of containers they are willing to take. Some programs provide regular pickup hours, while others need consumers to call in advance and make an appointment for pickups.

Can You Throw Needles In The Trash?

They can hurt people, transmit diseases like hepatitis and HIV/AIDS, and damage recycling equipment. If someone gets stuck in one, they'll have to get tested for these viruses for years. To avoid needlesticks at home and keep trash collectors and recyclers safe, don't do the following:

Can You Throw Syringes In The Trash?

Doubtlessly not! It is never appropriate to place a used syringe or another sharp object in a standard trash can. It is risky for workers and other people. Due to the scarcity of rules concerning medical waste, sharps and other forms of medical waste are often discarded among the regular trash at hospitals. As a result, a huge volume of discarded medical supplies pile up at a dump and finally leak into the surrounding water.

Can You Throw Insulin Needles In The Trash?

Needles and syringes are examples of items designed for a single use and are designed to be thrown away after that use only. Insulin needles that are reused or shared can cause the spread of germs and other infections. Never try to recap a used needle by hand; instead, use the sharps container provided.

Can You Throw Pen Needles In The Trash?

Immediately after use, the needle and the used pen should be disposed of in a sharps container authorized by the FDA. If someone is not having anything at home that has been approved for the proper disposal of sharps by the Food and Drug Administration, you can use any sturdy plastic container that you already have at home in its place.

Is It Illegal To Throw Sharps In The Trash?

Even though it may surprise you, most states in the US allow you to dispose of a sealed sharps container with ordinary garbage. Federal legislation stipulates that they must do it. On the other hand, sharp things can't be thrown away with regular trash in some places, so it's important to know the rules in your area.

Can You Throw Sharps In The Trash?

As discussed earlier, sharps are dangerous for living beings. The sharps disposal containers are accepted at pharmacies, medical facilities, health departments, and facilities that handle medical waste, as well as at some police and fire stations. It is possible to receive services at no cost or for a nominal fee.

How Do I Dispose Of Needles?

Some Authentic Ways Of Disposal

Disposal regulations and initiatives for sharps are jurisdiction-specific. Contact the local trash collection company or health department to find out which options are available for waste disposal in your region.

Local home hazardous waste collection stations may accept sharps disposal containers for recycling. You may also drop off your used motor oil, paint, and other potentially dangerous home items at these locations.

Certain sharps disposal containers are approved by the (FDA), so you can send them to a collection point for safe disposal. The rental cost is different for containers of different sizes. If you are participating in a mail-back program, it is important to identify your sharps container according to the manufacturer's instructions.

Garbage collectors and landfill personnel face a severe safety risk from the inappropriate disposal of toxic sharps. Sharp objects might cause damage if dumped in trash bags with other garbage. To help you out, here are some suggestions for waste disposal.

Whether you need to dispose of needles, ask your doctor's office, clinic, or hospital if they have a sharps disposal program. Instead, please read the accompanying instructions on how to dispose of used needles safely and other sharps.

How We Can Help Others

It is not a good idea to put sharp objects in the rubbish or to combine them with other trash. There are trash containers accessible for disposing of this kind of waste. State laws for the disposal of such waste, however, differ.

When disposing of such materials, you should follow the additional measures outlined in this article to prevent significant harm or health problems. 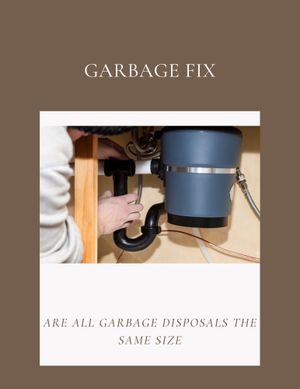 
Are All Garbage Disposals The Same Size? - The Difference


Are Dishwasher Pods Bad For The Environment? - Some Facts 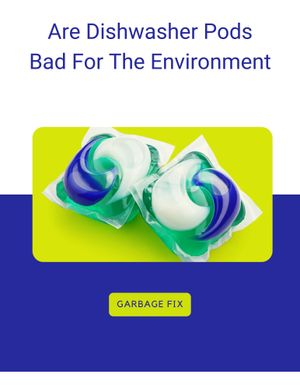