Is it OK to Dispose of Potato Peels in the Garbage Disposal?

Potatoes outsell all other veggies combined in the United States. According to study results, potatoes are the most preferred vegetable (chosen by 26% of respondents), followed by maize (19%) and broccoli (17%).

Potatoes are the most common vegetable in American cooking, and they can be found in various forms (mashed, baked, baked twice, fried, sautéed, escalloped, and so on). Garbage disposals make it easier to dispose of food and other organic waste.

As a result, there will be no stinky rubbish in the kitchen's internal trash can. However, many individuals abuse the device by putting objects that cause it to slow down and become blocked. Potato peels are one of the most common culprits.

💡
Garbage disposal equipment's effectiveness has increased substantially in recent years. Most food leftovers can be disposed of in the garbage, but potato peels should never be flushed.

A garbage disposal's blades rotate quickly, shredding food waste into tiny enough pieces to be sent down the drain. No matter how powerful the motor or how fresh the blades, the starch from potato peels or the peels themselves may clog the drain, making it difficult to wash through subsequent meals after they have been shredded.

Because gravity-driven drains lack the water pressure required to force the obstruction through, the only way to remove a clog in a sink is to remove it physically.

In contrast to the skins of carrots, apples, pears, and other starch-free vegetables, potato peels release sticky starch when crushed by the garbage disposal blades, resulting in a paste resembling an overabundance of mashed potatoes.

This substance frequently clogs auxiliary pipelines or becomes trapped in the waste cut-off mechanism, making removal difficult. As a result, potato peels should not be fed into the machine.

Throwing cooked, stringy meats like cattle, hog, or chicken down the garbage disposal is not a smart idea. Even after boiling, bone and cartilage are too hard to smash in waste disposal. Draining animal fats down garbage disposal can cause blade and pipe jams.

Although coffee grounds and eggshells appear soft and easily broken, their minute particles adhere to pipeline sludge and cause blockage by accumulating over time.

Working with a lot of wet starch may have comparable results to working with craft glue. It is abundant in potato peels, which form a thick paste when flushed down the drain. This thick stuff is what eventually creates waste disposal issues.

Garbage disposal is quite useful. Most meals may be readily dismantled and mashed up by their sharp tiny blades, allowing the trash to drain away and be disposed of later. However, this starch will eventually collect in and around the blades, rendering them ineffective.

The second difficulty is that some potato peel could make its way through the blades and further clog the system. The starch in the peels will clog the drain by acting as a natural glue.

When you're on your own, clearing drains might be tricky. Some products on the market make such promises, but many contain dangerous compounds that should not be flushed or washed down the drain.

After removing all the apparent peels, test the drain by running cold water and using the garbage disposal. If the disposal becomes jammed and will not restart, you may have to reset or manually remove the impediment. Locate the red or black reset button to restart the disposal and press it firmly before turning on the power switch.

Turn off the disposal's power, then loosen the hex-head fitting at the disposal's bottom with a disposal wrench (which commonly comes with new disposals) or an Allen wrench.

To dislodge the blockage, the disposal's grinding plate may need to be manually turned by rotating the wrench back and forth a few times. Remove the wrench first, then try the garbage disposal.

Baking soda and vinegar make a great cleaning solution. They also provide a focused solution to the problem of potato peel muck.

In either case, the baking soda to vinegar ratio should be 1/4 cup to 1 cup. Any vinegar will suffice. White vinegar is the cheapest alternative and works well on potato peels.

Pour a quarter cup of baking soda down the drain to unclog it. Turn on the garbage disposal for two or three seconds before turning it off. Allow it to sit for ten or fifteen minutes while you finish the rest of the kitchen.

Starch and potato peels may pass through the drain and into the wall pipes, where they might clump. If this happens, the disposal will drain exceedingly slowly even if there is no clear clog.

💡
Use a plunger to remove the impediment. If it doesn't work, clean the pipe inside the wall using a drain snake (drain auger).

When not adequately cleansed with water, the starch in potatoes—even those still in their peels—can seriously impede disposal. Throwing away potato peels is not good because animals may benefit from them. That is why it is not a good idea to put potato peels down the garbage disposal; doing so will only make matters worse.

Many people abuse their food waste disposers by putting stuff into them that the machine is not designed to handle and failing to follow the equipment's instructions.

Don't put too much trash in the bin. You should gradually add the components, so you don't clog the engine or cause it to catch fire. To avoid residue building in the sink's pipes and blades, run cold water through the sink before turning on the disposal and leave it running for at least a minute after the disposal is switched off. 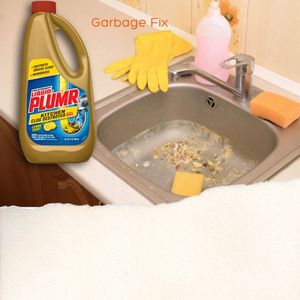 
What Happens if you Leave Liquid Plumber in too Long?


Garbage Disposal GFCI: What Function Does A GFCI Have In A Trash Compactor? 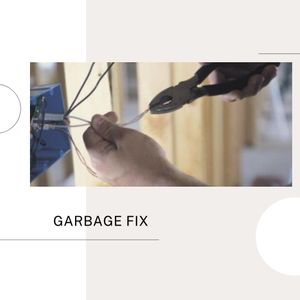