Your home electronics and your children, require instruction to learn how to get along. A non-draining dishwasher can be caused by installing a new dishwasher with old trash disposal or vice versa. In such cases, a knockout plug is frequently to blame.

However, as the name implies, You can readily rectify this problem by removing a plastic plug. Let us walk you through every aspect of a knockout plug and its applications, as well as how to remove a garbage disposal knockout plug.

How to remove a garbage disposal knockout plug? Water from the dishwasher may easily pour down the trash disposal's drain if you do this. A knockout plug is one type of plug that is used to block off an unused hole. Most knockout plugs are made of the same material as the tube or hole they close.

The word "knockout" stems from the fact that You may physically knock out the plug if the orifice needs to be used. Many garbage disposals contain a dishwasher connection that necessitates a knockout plug. You can find knockout plugs in various areas, including electrical junction boxes, instrument panels, and dashboards.

When installing trash disposal, it's common to practice neglecting the knockout plug on the side. The stopper will keep water out if you don't have a dishwasher. The nipple on the disposal's side collects water from the dishwasher's drain line via an air gap. This nook has a stopper that You must remove before drain water may freely enter the disposal and exit.

You must remove this stopper to prevent water from backing up into the air gap and pouring out onto the counter. No need to change the nipple if you do not possess a dishwasher and will not be plugging one in. Dishwashers require an unplugged nipple to connect.

Unscrew the drain hose from the nipple and tap it free using a hammer and screwdriver to remove the old disposal. However, doing so may cause damage to the sink or disposal, so you should position something or someone in front of it to keep it from moving when you hit it with the hammer. The most secure approach is to place the disposal on the floor and unscrew the plug with a screwdriver and hammer.

What Are the Tools Required to Disconnect a Garbage Disposal?

Turn off the garbage disposal for your safety. This task necessitates using a hammer and a screwdriver, with needle-nose pliers being useful but not required. A drainage port is frequently located at the top of the machine, where the dishwasher's drainage tube is connected.

If this tube is already connected, remove it with the appropriate tool. The trash disposal's knockout plug is hidden within the device beneath the tube mount.

The Knockout Plug is being traced.

Before we can remove the knockout plug, we must first locate it. The trash disposal's knockout stopper is frequently found at the top of the tube. When you insert the screwdriver into the tube, you may notice something significant obstructing the drain hole. The outlet plug is a rip-off.

How to Remove a Knockout Plug

Eventually, the plug will fall back into the waste disposal. You can remove the stopper by reaching down through the sinkhole with your hand or a set of needle-nose pliers.

Now that you've removed the knockout plug, you can install your waste disposal and connect it to the dishwashing line. You shouldn't be frightened if your trash disposal makes a noise the first time you turn it on after removing the knockout plug.

In electrical boxes, knockout plugs are also commonly utilized. Knockout plugs will be added at the factory to safeguard the box's multiple conduit connections. After identifying the number and layout of electrical conduits that will link to the box, the electrician must remove the necessary plugs with a hammer and punch.

Knockout plugs are frequently used in control panels, dashboards, and other similar applications. For example, consider a car dashboard, where the same unit may be used in vehicles with varying options.

You don't have to build a specific dashboard for each use case; instead, you can utilize a universal dashboard with several knockout plugs. Because such amenities are optional, certain cars may have plugs inserted in the dashboard in place of switches, gauges, or lights that are standard on other models.

Where do you connect the garbage disposal?

Garbage disposals (also known as food disposers) can be connected to an electrical power supply in one of two ways. They are frequently hardwired directly into a dedicated circuit or may be linked via an appliance line that links to a wall outlet within the sink base cabinet.

Why is trash disposal leaking from the bottom?

Leaking Garbage Disposal from Bottom Holes The most common cause is a faulty internal seal within the device. Internal seals are used in garbage disposals to protect the motor and/or prevent the device from leaking. These seals gradually wear out and become ineffective, necessitating their replacement.

How can I set up my garbage disposal if I don't have access to an electrical outlet?

You can turn off the machine's power by simply flipping a switch (it should be on its circuit). When you're finished with the disposal, replace the wire in its original location. Make a hole in your base cabinet near the cable exit from the wall. To use the "old work pop-in box," you must thread the wire through the opening. 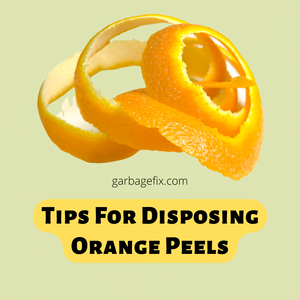 
Garbage Disposal Lifespan - How long do They last? 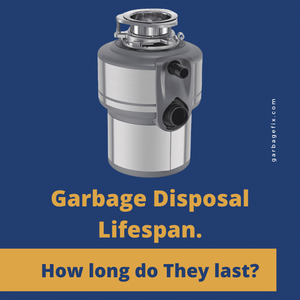