How To Unclog Garbage Disposal? What Are The Main Reasons?

Garbage disposals installed in kitchen sinks may become clogged, preventing wastewater from emptying and causing overflows and other issues.

Clogs in the disposal unit or drain pipe can occur as a result of poor disposal maintenance and use, such as not using enough water, using hot water while the disposal unit is running, overloading the device, and flushing the wrong foods down the drain such as banana peels, potato skins, and coffee grounds.

Your blocked sink drain will be a thing of the past, after reading this article you will have mastered the art of using a garbage disposal to clear clogs.

How To Unclog Garbage Disposal - Solutions

💡
How to unclog a kitchen sink with a garbage disposal? If you have clogged trash disposal, The experts at garbagefix offer the information you need to solve the problem without calling a plumber.

This article will help you to Remove any impediments, free up the rotor blades, and use the disposal to avoid further blockages.

What To Do If Garbage Disposal Becomes Clogged?

Typically, the majority of people will dispose of their leftovers in the garbage disposal. It is also frequently used at people's homes for huge gatherings of friends and family. But what if you want to use it after the party and there's a clog and standing water?

The Steps Below Can Help You Unclog Your Garbage Disposal.

It would be best if you tried to turn off the device while unclogging.

To turn it off, unplug it from the outlet, flip the wall switch, and then the breaker.

Use the plunger to remove any water that has accumulated in your sink.

Plunge the drain after placing the plunger over the drain hole until no water is left in the sink.

If you don't have a plunger and need to remove water from the sink, you can use a cup to transfer the water to a pail.

A see-through sink allows you to inspect the garbage disposal for obstructions easily.

To inspect the waste disposal's inner workings, insert a light source of your choosing via the drain flaps

If you can't see anything when you peek inside the trash compactor's chamber, there could be no impediment.

Trash disposals include circuit breakers that trip if they encounter an obstacle, leading some to believe the foreign matter is to blame for the unit's failure to work.

To reset the circuit, locate the breaker reset button, which is normally situated at the base of the garbage disposal, and press it in.

To unclog a garbage disposal, you must first determine why it became clogged in the first place. Not everything is caused by food particles.

Food particles may block your garbage disposal if it's not breaking up food and flushing it down the drain. Clogging can occur due to several circumstances, including but not limited to: too much food lodged in the disposal, a malfunctioning motor, clogged impeller blades, pipe debris, and so on.

One example of a common misconception is the widespread belief that You can dump any food leftovers into a garbage disposal.

On the contrary, the inverse is true.

When ground coffee and eggshells are combined with water, they produce sticky granules of the proper size for reaching difficult-to-reach regions.

When high-starch meals like beans and potato peels solidify, they become a thick paste, similar to fatty foods like grease or oil.

Unclogging Garbage Disposal Is Not Usually A Difficult Task.

Unclogging a drain is often as simple as using a common home item and contacting a professional.

It's not ideal to discover a clog in your garbage disposal and then continue to use it, as this might result in a foul odor and even more significant issues with the disposal.

If you ever try to unclog the garbage disposal at home, you must meticulously follow these instructions since the blades are extremely dangerous.

Avoid sticking your hand down the drain when the garbage disposal is running.

If you need to remove something from the depths of the garbage compactor, use removable equipment.

Don't try to fix anything by hand; get a wrench or a pair of pliers and go to work.

To operate the disposal again, use a broom handle and a wrench to separate the rotor from its housing beneath the sink.

You may turn the rotor from under the sink by jamming the hardware within the disposal with a broom handle.

Because the blades are sharp, you should avoid harming yourself while attempting to pull off the debris with your own hands.

Garbage disposal jams can occur even if you are careful about what you drop down the drain. You can take a few simple steps to lessen the risk of blockages, and there are also steps you can take if one does occur. Using the procedures described above, you should be able to clean your drain and unclog your garbage disposal in no time. 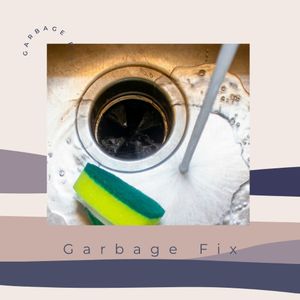 
What Is A Non-Corded Garbage Disposal? 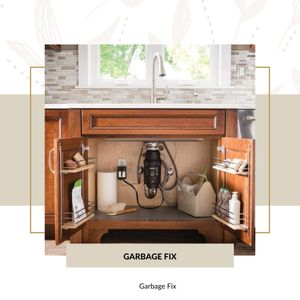