People mostly put all of their food waste down in the garbage disposal. But most garbage disposals can't get rid of everything. If people use them wrong, they can jam the flywheel or wear down the shredding ring.

I have some convenient solutions; you can do it yourself, saving money on a plumber or service call fee. In this article, you can learn why the garbage disposal's stuck flywheel won't turn and possible solutions to the problem.

The Garbage Disposal Does Not Grind Despite Humming

The inner flywheel is most likely jammed if the garbage disposal does not grind and the motor buzzes when switched on. Typically, this causes the reset button on the appliance or the circuit breaker to trip immediately.

The garbage disposal motor could burn out if you don't use the reset button or circuit breaker.

The problem is often caused by food or a solid object stuck between the impellers and the shredding ring inside the disposal.

Learn how to unclog a stuck garbage disposal flywheel by reading on. A garbage disposal's humming sound will also fix after the obstacle is removed. In most cases, the issue is usually with the jammed flywheel.

Finding Out How To Free The Jam

The following is a stepwise guide that will make it easy for you to fix the Garbage disposal jamming problem yourself.

Turn The Circuit Breaker Off

Verify that the electrical circuit breaker/fuse is off or that the garbage disposal is unplugged.

Then, locate the indented hex-shaped hole at the base of the disposal

Insert The Wrench Into The Hole

Move The Wrench Into The Hole

Turn the disposal's motor shaft counterclockwise, then clockwise, until the obstruction is removed and the motor shaft can spin freely. So long as the disposal unit is supported, it is OK to turn the wrench with considerable force.

Examine The Grinding Chamber Inside The Garbage Disposal

After removing the wrench, connect the trash disposal after plugging it in or activate the fuse or circuit breaker.

Put Water Into The Sink

Fill the sink with water from above and activate the garbage disposal. If everything goes well, you are finished.

Check whether the thermal overload button has been reset if the device won't switch on.

A Few Dos And Don'ts

You may prevent blockages and slow-draining issues with your garbage disposal by following several recommended practices and avoiding a few poor ones.

Peelings ground into a starchy paste, such as mashed potatoes, can undoubtedly clog a drain.

Put coffee grounds and eggshells in the trash disposal. It can make tiny, granular waste that sticks right away to any sludge in the pipe to make a blockage.

Maintain your disposal by grinding ice cubes and lemon peels regularly. To avoid odors, treat your disposal once a month with a mixture of a few handfuls of baking soda and a half cup of vinegar.

Pour the mixture into the disposal hopper while the appliance is turned off. After the mixture has completed foaming, flush it down the drain with running water.

Even though the device works well to break down soft food scraps in the sink after cooking, some things should never throw away. It would help if you avoided nuts, shells, seeds, potato peels, and animal bones during grinding.

Even small amounts of fibrous food waste, like raw celery, carrots, or cabbage, can damage the impellers and stress the device's motor.

Also, some meals may cause the garbage disposal to get clogged. Coffee grounds shouldn't go down the toilet because they can get stuck in the pipes. In the same way, fat, grease, and oil can build up on the inside of pipes.

Don't put most of these leftovers down the garbage disposal. Instead, put most of them in the trash or, if they aren't meat scraps, on the compost pile.

To get rid of food particles that cause odors, always run the garbage disposal with much cold water and give it a quick spin after you've ground up the food.

Finally, let's examine the simple preventive maintenance techniques you should employ to keep your garbage disposal in working order.

At Least Once A Year

As odd as it may sound, grinding ice may sharpen the impeller's steel blades and help clean your garbage disposal of food buildup that may produce odors.

Once In A Month

To avoid food buildup and preserve a nice odor, run baking soda, vinegar, and hot water down your garbage disposal.

Your drain pipes won't clog as a result of it. Put a combination of one cup baking soda and one cup vinegar down the sink drain. After one hour, flush it with boiling water without turning on your disposal.

We sincerely hope this article has provided you with a better understanding of garbage disposal. The dos and don'ts are described as using it safely and correctly, the most common problem, and how to fix it.

The Flywheel of the Disposal can be easily fixed with a wrench, as discussed earlier. So it also saves you professional Services fees and other expenses. 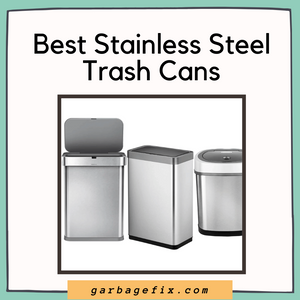 
How To Get Rid Of Drain Flies In The Garbage Disposal? - Explained 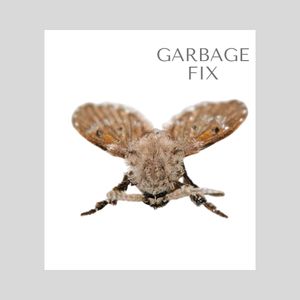